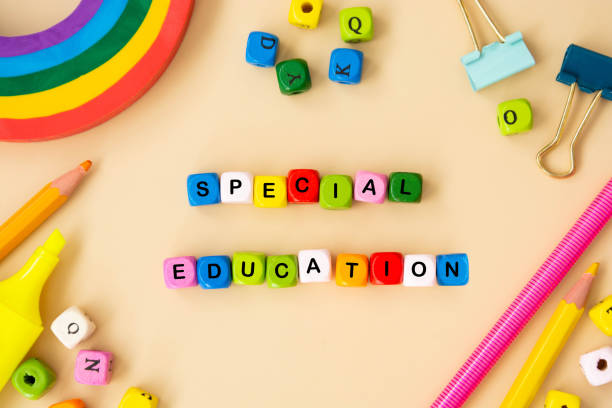 Normalcy line is my favorite thematic area, which I have felt as the obtained concept in my life for disability. I am very much inspired by the writing of Davis (2005) as he comprehended the idea of normalcy by looking at the arena of human life that it is a collection of norms and we as human being are unintentionally in its imprisonment. As an example, he has talked about the aspect of medical diagnostic, our habits and our biochemical levels; which are understood as the proof of the attachment of the idea of normalcy with our life. According to him, this idea provides the major footprints towards the understanding of disability. We intentionally think the situation other than normalcy is to be avoided at all cost and in the light of this perception we universally understand the concept of disability. Davis has specifically noted this trail of our thought on disability and declared this thinking as the problem for the reason that it constructs normalcy and “create problem”. Further he has commented that the study of Disability in rehabilitation sciences specifically in the discipline of Special Education is just like the study of race or color and present disability as problem. Similarly, Michalko & Titchkosky, T. (2009) have declared the said understanding for disability as problem based approach and all the professionalism has developed its structure on the foundation of a so-called mission “to solve the problem of disability by giving disabled people a variety of ways to cope with and adjust with their unwanted “abnormal” condition. Further they have explained disability as something away from normalcy, quite similar to the professional version of special education or other rehabilitation sciences. My personal experience of serving in an organization, working on special education also identifies this normalcy line, its different out-fits quite busy in confirming the ideology of special education and proving it more and more special. I would like to mention here my new workplace, which I have just joined a couple of months before. It was a school for children with hearing impairment having a good repute among the professional domain. First of all I was briefed that having no contact with outer world as key to institutional success that external elements can sabotage the smooth functioning of the organization. Then in I was retaught about the hearing impairment that it was a new phenomenon quite new for me. While at the same time I kept myself busy in my observation and looking at whole picture with own developed lens.  It was the picture, which I have elaborated during my study stay at Australia in my story as qualitative researcher that I have developed my epistemological vision. In that story I have claimed that the change is quite possible not only in individualistic perspective but also in social picture. I have mentioned in that story that the process of furnishing myself as qualitative researcher rebuilt my view in a more clear shape. The purpose of telling the story as qualitative researcher is that I am trying to share with my readers the foundation of my thought and its relationship with my newly adopted sub-epistemology or my way of looking at phenomenon of disability.

As this writing is purely on my recent workplace, in the further part of this story there would be on my experiences according to my claim purely based on a hard and unbreakable normalcy behind which there is the disability waiting for its liberation from an endless imprisonment. Moreover, there are chains of different types quite visible to me in the stamped

brand of different types such as culture, syllabus, characteristics of hearing impairment, based on teaching experience and so on. It was a cause of astonishment for me that I have noticed a process of some wrong learning to strengthen the wall of normalcy.  Simply speaking, that there was a cruel process of not only labeling and tagging but also the shaping of the product of hearing impairment according to the desire. As Michalko & Titchkosky, T. (2009) have noted the normalcy as a platform of so-called normal, which is used by them to castigate people with disabilities or the ones who are away from normalcy.  Here in this case scenario, the picture was more horrible than the thoughts presented by Michalko & Titchkosky, T. (2009) that there was a process of behavioral development towards unsocial behavior and rationale building that the people with hearing impairment are away from normalcy in the hypothesized areas. I have constantly focused for the reason of this trend and wrapped up my thoughts with conclusion that all this portrayal is unintentionally created for the endurance of the literary or academic bandwidth of the discipline of Special Education.

I would like to make it clear that my argument has not only based on the left side literature, I have also support in other academia in education. It has been argued specifically in the literature that the popularly used technique the ‘timeout’ is a design of exclusion generally operationalized for punishment. Sharing my experience, this technique was widely used for children as negative reinforcement or to get rid of them for few days. Moreover, I have noted the attitude especially towards the parents was affirming the so-called professionalism of special education and, the parents simply standing in balustrade as sinner before this professionalism. I also thought that there can be a lust power, which became ultimately the part of this professional domain and it was quite necessary to produce a power show before the parents. What ever the case might be, it is the similar platform, which Michalko & Titchkosky, T. have mentioned in my view. Quite similar to this picture they have perceived the normalcy as the platform on which the so-called normals are ready to disapprove the people who are different in some way. However, there is a slight different in the stated picture from the philosophical framework of Michalko & Titchkosky that there is some sort of behaviors based on revenge. The revenge for unknown sins committed by the diverse people perhaps against this society of normal. And, it seems these people are appointed judges for issuing decision on this situation. The other thing is that the metaphor of judge and justice is also appears to be irrelevant in this scenario as the attitude of such people is observed as based on injustice.

The other trend that is extremely notable for me a baseless disagreement on fixing the so-called category of the children with disabilities at inter-institution level. To me this picture is quite similar to some cartoon action movie transforming the proverb of “rolling stone” into reality for parents of children with disabilities that their child is on borderline in relation to some particular disability and in middle spectrum to the others. This policy narrative shows that even worst exclusionary domain of special education is reluctant to include them and pushing these children to the more advance level of exclusion or some darkroom in the name of admission policy with a comment that “keep your child at home till she/he gains the skill of toilet training” or some academic skill like initial literacy or numeracy. My understanding to this view is developed through many of epistemological channels but in general it is such a form of oppression, which wrapped into individualistic approach to disability generally called as medical model, rehabilitation approach, right placement of the student. In this regard, my astonishment was out of bound when I heard the words of a highly senior professional that he has used the government legal stamp paper to keep a student with hearing impairment away from school. Hence, it is my firm belief that the mentioned fascinating terminology is just a depiction of oppression against disability hiding itself behind a specific type of professionalism.

In my writing, I have expressed my views in a quite clear manner in a blunt narrative which is putting the bar responsibility to present solution to this situation. I would like to make it clear that I have used my new workplace as metaphor, representing a picture of the all the policy narrative quite popular in Pakistan to deal with problem of disability. To me the normalcy line or so-called above stated way viewing disability is itself a cause of problem. In my understanding, there is only one option to way out from diagnostic policy approach is we should just start valuing diversity and adopt the principles of reasonable adjustment and unjustifiable hardship. Weather there is the area of education or employment; the stated principles can be equally effective in both of domain. It is required that a general law to be introduced in Pakistan having on overarching place over the two stated domain in particular and over other remaining areas of life on the pattern of UK or Australia. For this purpose, the rectification of the document of United Nations Convention on the Rights of People with Disabilities (2006) provides a supportive umbrella and a direction to our destination. In this regard, some key steps are required such as amendment in the clause of the Constitution of the 1973 of Pakistan, which is defining discrimination, and it is suggested that the domain of disability to be included as the area of anticipated discrimination. This step would reveal a national thinking to the external world and would shape this idea into a concrete and practical shape. Moreover, at grass root or class level there would be very positive effect in relation to disability adjustment and inclusive policy and legislative framework would be automatically emerged.