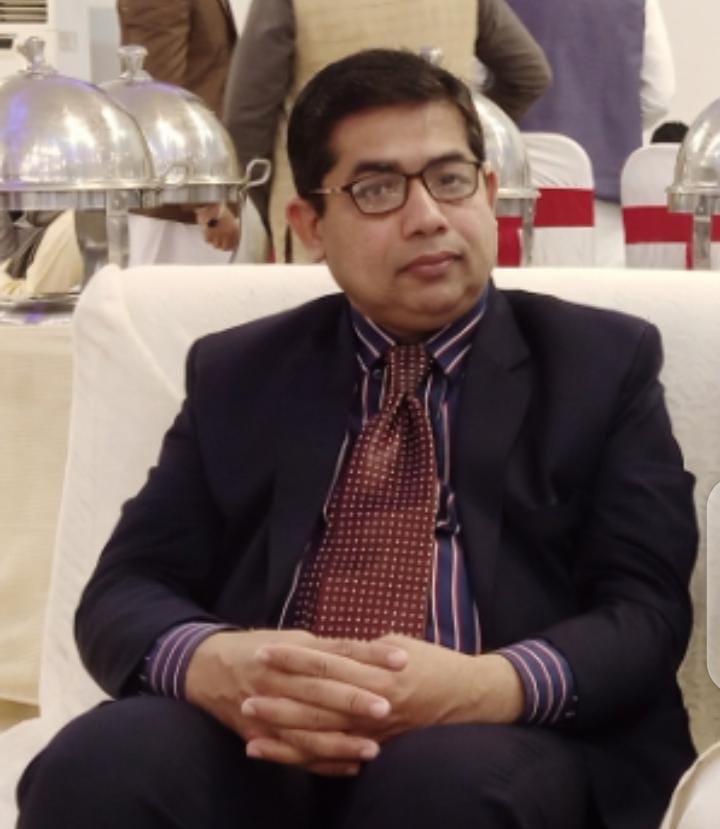 I conceived this phrase when an embodiment of normalcy attacked on me injecting a castrating drug on my penile area. I was shocked, I was broken, and I was in a state of astonishment. Misfortunately, after this incident I was feeling myself incarcerated into the cell of my disability which was also tagged as so-called mental challenge, importantly, being so had no channel to communicate and no one was ready to hear me even.  For the purpose of elaboration of the story, I asked my mentor to place my mind and body into his embodiment so that I might get expression and right to be heard. On completion of the process of relocation of myself, I felt my view changed just in a glimpse. Merely, in a single moment, I felt worn a new spectacles and then, I could see and understand my front view quite clearly. Though, I was imprisoned in the mentioned cell also after that spiritual shifting of myself, my cries got voice, and the echo of which was being felt travelling to whole of the world.

After wearing different spectacles, my front view changed all of a sudden, and I found myself on a marshland where everybody could watch me screaming for life, but nobody had the ability to come into my shoes. Anyhow, after having that transformation, I felt a new-born ability to perceive mythical and blur imagery in front of me in shape of the   questions as; what wrong I had done for the people who were in such a state of conviction to change my physiology. How could I had become the enemy of everyone in the world? Why I was on such a long distance away from justice? Why my vanishing away was being considered beneficial for general society?  And, in the same sequence, the layers of ambiguity began to be rolled away and I was able to arrive to the horizon of collective wisdom of the past, or, simply speaking, the academia.  At very first, the masterpiece I saw was the book by Michalko and Tithkosky (2009) the review of which blessed me with insight that about whom my story was (Special Education and Rehabilitation Sciences), believed in prevention of disability first. At this, the thought reflected on the canvas of my mind that I was the representation of disability for which an action of prevention was performed against me. Or, the mentioned action was an expression of “second commitment of these professions” as Michalko and Tithkosky (2009) had identified, was to cure disability.  Perhaps, my cure or treatment according to my culprits was to wipe out even the footprints of my life. Another idea which had pushed me nearer to the answer of my first question was an insight about the concept of ‘Eugenic’ for which Baker, (2002) had commented as to purify the population for the sake of national development. At this, I developed my view as the answer to my raised question about the thought on my existence, which was (according to them) as against the wellness of general society. In this regard, when I viewed the book by Smith (2012), I clearly understood that I was the continuation of the history of hundreds of years. For the purpose of showing the view with the glasses of academia, I would refer to her that she mentioned “body genre” which was purposefully used, in which; physical deformity was shown as the symbol of horror in the films. Looking myself in that mirror, though, I got astonished on being full of horror, but I open heartedly accepted my new knowledge about myself which I attained through my new borrowed lens. Besides, a deeper insight in this regard, I got from the writing of my mentor* that he had informed about the social belief with an orientation towards social eugenics, in the words “they (the people with disabilities) can disrupt the social order” under his developed sub-theme ‘Disability As Danger’.

Then, there was the other question of mine before me, in relation to the social enmity towards myself and unavailability of justice for me for which I again looked at the writings of my mentor*. In his work, I found the idea of ‘retributivism’ that enabled me to look into the internal scans of the minds of people. For the purpose of sharing, I would quote his original words “ they deserved for this treatment on the reason for their commission”. Likewise, I was enriched with the ideas of ‘Ethical Relativity’ and ‘hedonism’ in the light of which he elaborated the scenic view in the words “the disability owned by no one and no one is ready to feel even sorry at the oppressive actions against it. And these actions transformed into revenge and become a cause of happiness or satisfaction in general …”

So, in the words by my mentor*, to some extent, satisfied my thrust for knowing about my mystery,  described in my questions above. In my developed understanding, it was simply because I was the symbol of the dirt of the society. My persona was only understandable with the lens Ralph’s metaphor of ‘Invisible Man’ and the words “I am an invisible man…. I am invisible, understand, simply because people refuse to see me” elaborate the rationale for wish of the people for non-existence of myself along with my further sequence. As far as my remoteness from justice was concerned, perhaps, it was also an oversight of the picture people around were so happy, more clearly speaking, the idea of Ethical Relativity taught me that the real justice was the justice by normalcy on which everybody was happy. Looking at this, I would not dare to perceive it as injustice.  O yes, my readers have the right to decide whether it was a story of justice or it was some fabricated conspiracy. However, feeling the hardness of the walls of normalcy around and viewing the front scenario through the blessed lens above, I discerned it as unchangeable. Though, my claim about myself was an optimist one but I realized difference the between me as the epitome of vulnerability and my antagonist as the metaphor of unlimited potentiality. Hence, I decided to return back the lens of academia to my mentor and decided as well to go back, to go back to my world, the world of invisibility, exclusion and loneliness into the cell of my disability.

*For more detail please consult Special Education Under the Cover of Normalcy; An Ethnographic Study of A Specific Context by Muhammad Sajjad Haider on Researchgate